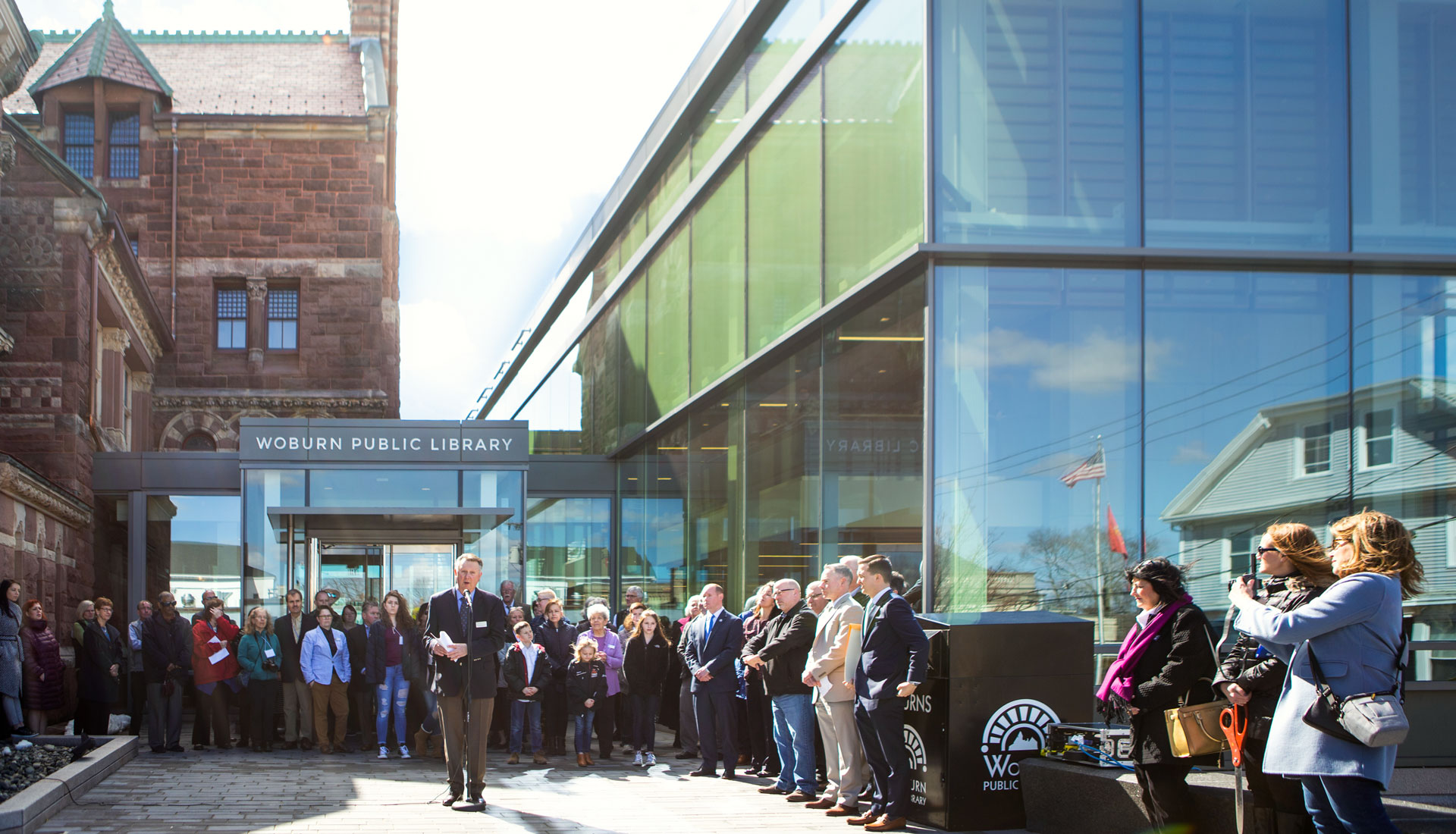 Following a thoughtfully-designed transformation, including preservation, renovation, and expansion, the Woburn Public Library officially reopened to the public on Saturday, March 16. The opening event and ribbon-cutting ceremony was attended by Mayor Scott Galvin, the City Council, and Library Trustees, members of the design team, and over 2,500 local families and community members.

Originally designed by Henry Hobson Richardson in 1876, the Woburn Library had outgrown its space – the city’s population had more than quadrupled since the library’s original opening, and the existing 19,700-square-foot building could no longer sufficiently house the growing collection and programming.

The simple and elegant 30,500-square-foot addition offers a contemporary expansion which augments, rather than competes with, Richardson’s existing building. Sensitively designed to integrate with the existing structure, the renovation preserves the original architectural intent and views, and features a light-filled glass connector. Horizontal lines of the new facade complement the stone banding of the existing building and reinforce a cohesive composition. Through a careful structural intervention, new passageways through the existing north sandstone wall maintain a spatial continuity and a seamless patron experience between the existing building and the new. These interconnected spaces include the periodical reading room, fiction reading room, non-fiction reading room, young adults section, small meeting room, and innovation lab. Key staff control points are strategically placed throughout the floor plan, allowing the design team to more than double the size of the building without requiring the library to double its staff.

A mezzanine level suspended within the tall reading room volume houses individual study rooms as well as a robust archives collection and research space. Housed on the lower level is an expansive new children's library and a multi-purpose space for community events and library programs.